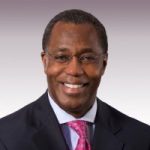 Summary:  Three years ago, the state of North Carolina launched a new approach to economic development. Essentially, we bet that we would have a better chance of recruiting jobs and bringing in tourists if we had a public-private corporation doing the marketing. The Economic Development Partnership of North Carolina was launched. When it survived the transition of administrations, Gov. Cooper appointed a new chair for the organization, Charlotte attorney Frank Emory. He’s our guest this week. Why would you pick an attorney to head up the board of an economic development partnership? Well, Frank’s asked himself that. But as you listen, I think you’ll hear why. Besides his having an impressive track record as a community leader, there’s some value to the sorts of questions Frank’s learned to ask as an attorney. As he puts it, he’s trained to dispassionately analyze knotty problems and figure out a way to resolve them. That’s not a bad summary of the sort of challenge we need to work on. In our conversation, we talked about purple cows, the different perspectives pigs and chickens have on breakfast, where Charlotte’s workforce comes from, why God gave us two ears and only one mouth, and what he learned growing up in a one-industry town that had to reinvent itself.

This installment is part of a special 13-segment series produced in collaboration with UNC-TV, and recorded in UNC-TV’s Legislative Studio in downtown Raleigh. We are excited to share the First in Future podcast via traditional means and via taped segments to air on the North Carolina Channel! Visit http://www.ncchannel.org/schedule/ for specific air dates.

“It’s not a donut—if you’re in Raleigh and you’re prosperous here and nobody around you is, there are limits to what you can do in terms of your prosperity.”

“[North Carolina’s brand]…has taken some serious hits. We used to be thought of as a progressive, moderate state with strong education support and forward-thinking leadership. I think in every one of those areas, we’ve taken hits.”

What do we need to be working on now to make North Carolina a better place to live and work?   Creating a trainable workforce; investments in K-12, our community colleges, our colleges and universities; rebuild and retool our education system.

What do we need to be doing now to get ready for the next 20 years?  Infrastructure (education, communications (optical fiber, internet access)).