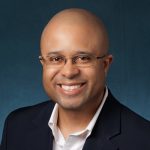 But this being Charlotte, they took the opposite approach, rallying together a coalition of Belks, banks, foundations, and community leaders to form Read Charlotte. They set a goal of doubling the percentage of 3rd graders reading proficiently by 2025. Then they hired a Rhodes Scholar to run it. This week we talk with Read Charlotte Executive Director Munro Richardson about his approach to tackling big challenges, the importance of relentless networking, and the true home of good barbeque.

Excerpt:  “In Jim Collins’ words, I thought it was a Big, Hairy, Audacious Goal…it would have taken a goal that big for me to pick up from my hometown and come to a new city.”

Book recommendations:  The Chessboard and the Web: Strategies of Connection in a Networked World, Annie-Marie Slaughter