In a time when the world seems more closed off than ever, IEI Associate Director Pat Cronin and his family opened their home to a friend in need.

Pat’s son Aidan is a sophomore at UNC-Chapel Hill. This semester, he was living on campus with seven other students, including an economics student named Brian. Brian normally attends Seoul National University in South Korea, but was completing a semester abroad at UNC-Chapel Hill beginning in January.

When Aidan learned that the dorms were closing due to the pandemic, he asked his parents if Brian could stay at their home in Raleigh until he was able to return to South Korea safely.

First, Brian stayed with another suitemate’s family for two weeks, and then on March 22, began his stay at Pat’s home. 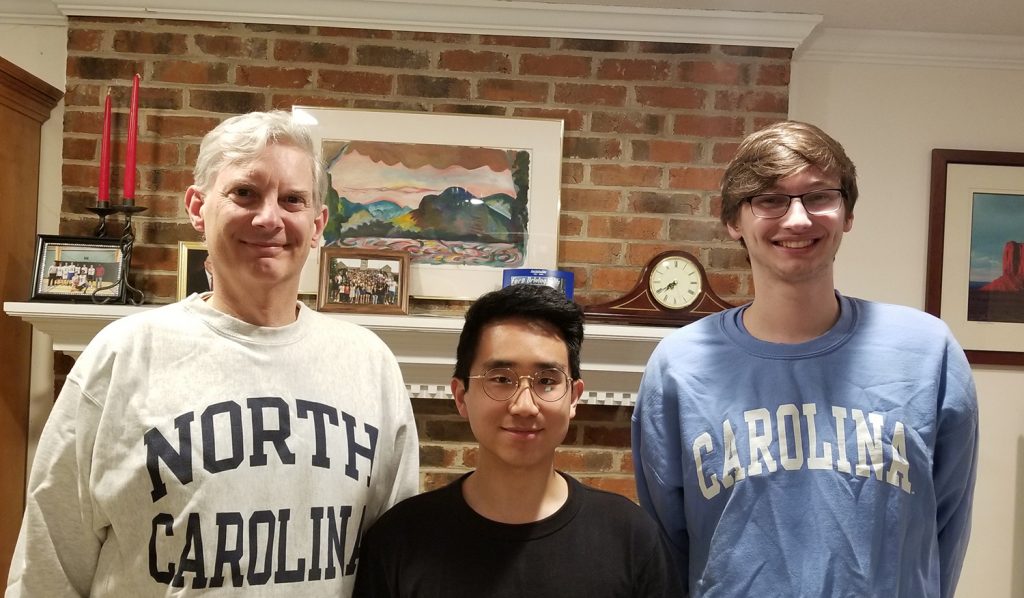 Pat says they all fell into a pleasant routine of (socially distant) walks outdoors, dinners together, and watching “The Office” after dinner. They used the opportunity as a kind of cultural exchange, learning from Brian about South Korea and sharing things with him, such as the Southern cultural importance of BBQ.

Brian shared that being welcomed into such a “friendly environment” has made the period of uncertainty surrounding COVID-19 easier. Living with American families for a little while was an unexpected “bonus” since he had planned to spend the semester in a dorm on a college campus. He said he has enjoyed taking walks around the neighborhood every evening, appreciating the low population density and clean air—although the spring pollen was an unpleasant surprise.

Brian will fly back to South Korea this week after making plans with his family for his safe return.

Although COVID-19 has disrupted so much in the world, Pat says he hopes the key takeaways from the pandemic will be of positivity and action.

“I hope it will be known for the many ways people and communities came together to share what they had and to help those around them,” said Pat. “But at the same time, the needs are extreme and varied and beyond the ability of individuals to solve by themselves. I hope that we have a thoughtful discussion about how to build greater resilience and then purposeful action to make it happen.”