When a member of Pastor Cliff Wall’s church needed a liver transplant, the congregation didn’t just pray for him, they organized a charity supper and donated the proceeds to his medical costs, just one way the North Carolina congregation serves not only the spiritual needs but the social needs of its tiny, rural community. 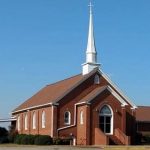 Like rural faith communities throughout North Carolina, Wall’s Clarksbury United Methodist Church functions not just as a place of worship, but also as a community anchor and hub, and as the Institute for Emerging Issues gears up for the RFCAI (Rural Faith Communities as Anchor Institutions) Conference in April, we wanted to look at WHY religious institutions play such central roles in North Carolina’s rural communities.

The RFCAI Conference is part of the Thriving Rural Communities initiative at IEI, funded by The Duke Endowment.

“Religious institutions in rural locations have historically been more likely to serve as anchor institutions because of geographical isolation, religious identity serving as a point of shared identity, and the relative absence of other integrating institutions in these areas,” said Jason Bivins, an NC State professor in the Department of Philosophy and Religious Studies. 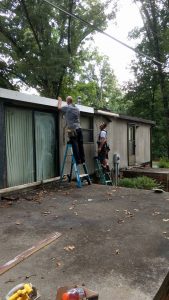 Or, in Wall’s words, when it takes 20-30 minutes to get anywhere and your town doesn’t even have a stoplight, sometimes the church is all folks have got. That’s certainly the case in Harmony, NC, the small Iredell County town, pop. 533, where Clarksbury UMC is located. The church fills in the gaps of often absent or hard-to-reach social services, whether it’s repairing a congregation member’s roof, providing free health screenings or planning the summer reading program.

“Our life as Christians is a life of relationships, not only to God, but to people,” Wall said.

This multifaceted relationship to the community has been crucial throughout the church’s history.

“Rural congregations have often been in their communities for decades, even hundreds of years. Faith communities were often the first institutions established in a new community,” said Kylie Foley, IEI’s Rural Faith Communities Fellow. “Faith leaders would ride around rural areas, spreading news and information, connecting separate communities across a variety of differences.”

This role of social service can be seen across other faiths—as well as continents.

Anna Bigelow, an NC State professor specializing in Islamic studies, sees the same sorts of social safety nets, such as education access, food and medical assistance, offered at rural temples and mosques when she visits India as one might see in rural North Carolina. There’s a similar notion of “service being a connection to the divine” in faiths such as Hinduism and Islam, Bigelow said.

Back in North Carolina, rural faith communities can also anchor transitions between cultures.

About a decade ago, Pastor Connie Stutts’ aging congregation at Rhems United Methodist Church started praying for children and received them—in the form of several young families of Karen refugees from Burma, who now make up approximately 65 percent of the New Bern, NC church. 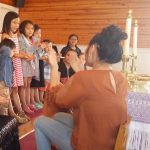 “For the Karen people, the religious institution was one they could trust immediately,” Stutts said of the group, many of whom were evangelized by Baptists in the 1800s. “The rhythm of worship was familiar and could help the transition.” Rhems aids its Karen members with basics like furniture and transportation, but also provides English lessons and other resources to help them acclimate to American culture. 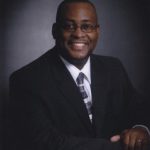 Serving the rural community is a role Henderson takes seriously. Being a part of the Thriving Rural Communities program has greatly aided him in the role, he said. The program helps rural faith leaders like Henderson identify and address the needs of their community.

“In a rural setting it’s all about relationships. If they trust you and what you do, you’ve got friends for life,” Henderson said.