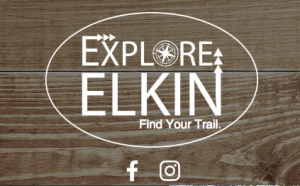 For the upcoming ReCONNECT to Community forum, Nov. 27 in Asheville, the Institute for Emerging Issues has chosen five community initiatives throughout North Carolina that will share with our forum audience how they’re working to increase civic engagement in their communities. Here, we profile Explore Elkin, an initiative started by the Surry County community to promote civic engagement as the former mill town evolves economically.

The tobacco fields surrounding the town have turned into vineyards.

Like many rural North Carolina communities, Elkin, located about 45 minutes west of Winston-Salem, has been busy reinventing itself and the town wants people, including its own citizens, to know all about it.

That’s why Cheek and other Elkin residents have become “Explorers,” supporters of the town’s “Explore Elkin” initiative, which through recreational events, gatherings and a dynamic website is working to foster community engagement in this historic mill town that has become so much more.

For one thing the mill, Chatham Manufacturing, is mostly gone, and the town’s other historic employer, Vaughn Bassett Furniture (formerly Elkin Furniture Company) has also closed its local manufacturing operation. What’s left in Elkin are can-do residents, a burgeoning wine industry, a vibrant local music scene and a much-loved trail system between two state parks and the beautiful Yadkin River. While manufacturing still plays an important role in this small Appalachian foothills community, the days of one company driving the local economy are over and economic diversification is critical for future growth.

“We’re helping people re-explore what’s right here,” said Leslie Schlender, the Town of Elkin’s economic director. “We need to realize what’s unique about ourselves, build on it, and also work with what’s changing.”

Unfortunately, the changes the town saw in the last half century took many residents like Cheek away.

“Many of my generation had to leave the town if they wanted to find work,” said Cheek, 52, who ran coffee shops throughout the Southeast before returning to Elkin two years ago to be near family.

He’s one of the 350 “Explorers” who’s annual fees help fund community events. Cheek calls the fees, which have raised $55,000 so far, reasonable and says Explore Elkin adds to the town’s progressive image and shows it as a place moving forward. “It takes the whole community for a town to be successful,“ Cheek said.

Explore Elkin also creates connection between the town’s citizens, said Cheek, who noted the socioeconomic diversity of the “Explorers”.  All this leads to healthier civic engagement. 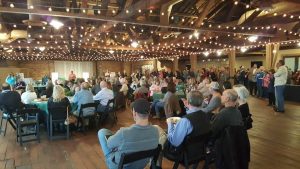 One of the group’s meetings.

The Explore Elkin team is excited for the even larger platform of the ReCONNECT to Community forum, where Elkin Commissioner Jeff Eidson, a member of the initiative’s founding committee, will take the stage to tell the Explore Elkin story.

“We feel we can learn much from the other ReCONNECT NC communities at the forum. We also hope to obtain insight on how to better promote diversity and engage those citizens who have historically been under represented in broad community initiatives,” Eidson said. 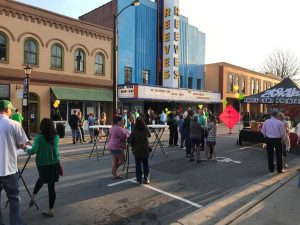 To learn more about the ReCONNECT to Community forum, visit emergingissues.org.