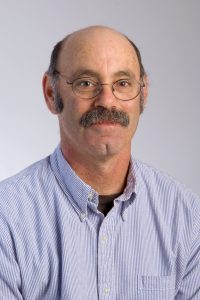 Local economic development policies are often oriented toward stimulating employment growth.  The measuring stick most commonly used for gauging the success of a particular municipal or county development effort – as well as the individuals charged with formulating and implementing it – is the number of new jobs it creates.  Widespread appreciation for beneficial “multiplier” effects of bringing in new firms or promoting expansion of existing firms reinforces the competition among jurisdictions of all sizes for attracting new firms and industries.

Often overlooked in the race for employment creation, however, is the fundamental question of just who gets the newly created jobs.  A growing body of evidence suggests that Americans and the businesses that employ them are becoming more widely dispersed geographically.  This trend, known as deconcentration, is generally thought to be driven by a variety of interrelated factors.  These include increased mobility of both workers and employers, technological changes that have reduced the cost of distance, and preferences for amenities offered by suburban and rural environments.

Because workers are mobile – increasingly so over time – it turns out that not all jobs in a particular community are taken by local residents. Instead, any employment growth in the community will actually be partitioned between current residents, new residents (in-migrants), and non-resident commuters.  This bears very significant consequences for who benefits from local development efforts. The mobility of laborers – that is, their ability to live in one community and work in another – has a direct bearing on how these income and public finance effects are transmitted throughout the local economy.

The emphasis on job creation as a key component of economic development efforts is particularly strong in rural communities.  Especially where significant declines have occurred in historically important rural industries (such as agriculture and textiles), industrial recruitment is almost universally viewed as a central element in revitalizing the local economy.  In large measure, this results from the perception that new firms are required to compensate for the reduction in the earnings of local citizens and businesses that follow on the heels of job losses in traditional industries.

Much of the emphasis that is placed on promoting job creation by local government officials stems from a desire to enhance the incomes of their constituents, both through provision of jobs to unemployed individuals and through the stimulus to existing businesses that increased purchasing power brings.  The extent to which new jobs are in fact taken by individuals other than current residents will have a direct impact on degree to which this goal is met.

Consider, for example, the case of a new firm locating in a rural county and bringing with it 100 new jobs each paying $20,000 per year.   Were all of these jobs taken exclusively by previously unemployed local residents, this would amount to an direct infusion of $2,000,000 per year worth of salaries into the local economy plus indirect (multiplier) effects induced by the spending of that “new” money.  If, on the other hand, half of the new jobs were taken by residents of neighboring counties, then the local income effects would be only half as large.

On the opposite side of the coin, the fact that workers are mobile means that the successful economic development efforts of a particular community may produce significant benefits to nearby communities – in the form of greater incomes for their residents.  Thus, purely from the standpoint of income generation, it may make little difference where a new firm locates as long as it is within range of feasible commuting distances.

The Allocation of New Jobs in North Carolina

Work I conducted a while ago analyzed employment, commuting, and migration data for North Carolina’s 100 counties.  That research – which is currently being updated – concluded that the great bulk of labor market adjustment to new employment opportunities is accounted for by changes in commuting patterns.  Only between twenty and thirty percent of new jobs within a given county are filled by newcomers to the county, and only a very small fraction of new jobs (less than 2 percent) are taken by previously unemployed people.

Significant rural-urban differences in the allocation of new jobs exist as well, particularly in regards to commuting flows.  A relatively greater fraction of new jobs in metropolitan counties are filled by (non-resident) in-commuters than is the case for rural counties, while employment growth in rural counties appears to be accommodated to a relatively greater degree by reductions in out-commuting.  In other words, urban employers appear to draw their workers from a wider geographic area (including nearby rural counties) than do rural businesses.  In addition, analysis of migration patterns confirms that the sensitivity of population growth to changes in employment opportunities in nearby counties is significantly greater for rural counties than it is for  metro counties.

These findings have a number of important implications for local officials and others concerned with economic development in rural areas.  Given recent declines in historically important rural industries (such as textiles), industrial recruitment is almost universally viewed as key element in replacing the lost sources of income for current county residents.  That less than half of new jobs actually go to those residents means that this goal is not being fully met.

On the brighter side, the fact that workers are so mobile means that the residents of a given community will benefit from the success of nearby communities in attracting new jobs and industries.  In other words, some communities may be able to “free ride” on the success of others.  This is particularly applicable to rural communities located near fast growing urban counties.

Perhaps most importantly, the research findings described here suggest that there is significant scope for regional approaches to promoting economic development.  The fact that a substantial fraction of new jobs created in one county are taken by folks living in a different county means that the positive impacts of job creation in one specific community brings significant economic benefits to other communities. This in turn provides a strong justification for regional cooperation.  And indeed, there appears to be a growing appetite for regional approaches economic development – such as the Cooperative Extension Service’s “Stronger Economies Together” program.