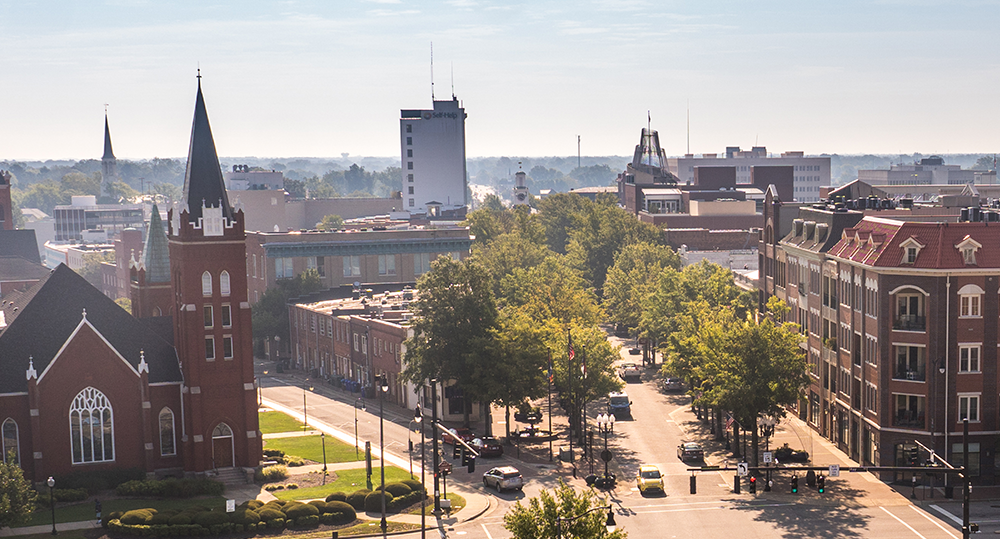 Civic engagement—it’s a topic currently woven through the threads of many national conversations, as America continues wrestling with the seismic sociological shifts that began in the 20th century, as suburbanization, profound economic shifts and changing family structures loosened traditional community bonds.

Throughout the nation, people simply aren’t as engaged as they used to be: in their local governments, in their religious institutions or even in their own neighborhoods.

North Carolina is no different, and the Institute for Emerging Issues wants to help change that. Civic engagement will be the focus of IEI’s Fall 2018 ReCONNECT NC forum, taking place in Asheville this September. The event will be the first in a three-year series of six forums taking place around the state, each centering on a different aspect of reconnecting North Carolina.

In the months leading up to the Asheville forum, IEI will highlight communities around the Tar Heel state—big and small—addressing civic engagement in new and novel ways.

Settled by Highlander Scots in the colonial period, and now known for its proximity to Fort Bragg and Pope Army Airfield, this 205,000-population city is much more than its military presence. The city’s home to a symphony orchestra, diverse population and a city government that recently received top honors in the Equipt to Innovate report, thanks in large part to a social capital survey the city did in May.

“One of the things we’re focused on is involving everyone, and improving the lives of everyone,” said Rebecca Jackson, Strategy and Performing Analytics Director for the City of Fayetteville, which meant examining if and how citizens engage with their city. Engaging citizens and involving them in the policy making process is a key component to the city’s strategy and performance programs, Jackson said.

The survey studied topics like trust between racial groups, citizen engagement in politics, faith-based engagement and volunteerism. A community-wide forum was held in

A crowd filled the room at Fayetteville’s social capital forum in September.

September to discuss the survey’s findings.

“We wanted to know what were the barriers to people being involved,” said Sheila Cuffee, a board member with Greater Fayetteville United and chair of the Fayetteville-Cumberland Human Relations Commission. “It seemed as if we were bumping into the same people at every meeting. We wanted to know: Where was everyone else?”

They were at work, most likely. The survey found that among citizens’ biggest barriers to civic engagement were hectic work schedules, which means that the city must continue to find “creative and innovative ways to reach out,” Jackson said.

Fayetteville found one such creative way to reach out four years ago with the start of Community Café Conversation meetings. During these meetings, held throughout the year, citizens are invited to share input about their priorities for Fayetteville.

Trust is important for building community in myriad ways, said Maggie Woods, a policy and program manager with IEI.

“Communities with high levels civic engagement typically have higher levels of trust. When people have trust in their community—in their neighbors and in their leaders—they are more likely to invest in that community. This means they are more likely to buy a house, start a business and hire people. Trust and civic engagement go hand-in-hand,” Woods said. 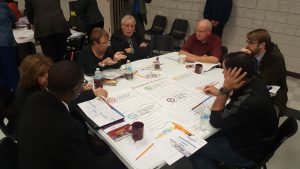 Cuffee said that she was especially interested in gauging the trust level between Fayetteville’s different racial groups, especially in the wake of divisive national incidents like the Trayvon Martin case. According to the 2010 census, Fayetteville is 45.7 percent White and 41.9 percent Black or African American, with other racial groups making up the remainder of the population.

The survey showed that all of Fayetteville’s racial groups had fairly high overall trust for law enforcement, but that some survey participants felt that there was a disparity in how different races of people received treatment under the law and in the public school system.

Survey participants also judged Fayetteville as having a good livability for military-related citizens, but lower quality of life potential for young adults and LGBT citizens.

For Cuffee, a lifelong Fayetteville resident and the mother of two young adults, learning how to keep more young adults in the city was a crucial theme underlying all the survey’s questions, since, after all, the survey was about helping the city build a better future.

“How do we entice our children to come back? How do we build a better Fayetteville?” Cuffee asked.

Concrete moves forward that have come from the survey and forum include the city council looking at how to engage young adults for a target of action and Greater Fayetteville United creating a project team on social capital.